Have your student read the following story aloud. Listen carefully. Count the number of miscalled, added or omitted words.

After the Louisiana Purchase, touted to be “the greatest real estate deal in history,” the American Midwest and West lay open as an enticing and expansive terrain ripe for exploration and adventure. Meriwether Lewis, an ambitious and no-nonsense young man, together with his close friend, Captain William Clark, and a contingent of Army engineers, were officially commissioned by President Thomas Jefferson to discover a water passage from the Mississippi to the Pacific. It was a formidable task, one fraught with danger, deprivation and loneliness. The small band had to be forever vigilant of both hostile natives and a grueling environment. Despite a seemingly hopeless plight, they carried on, stoically and courageously. Close to three years after their departure, having conquered famine and fatigue, seclusion in the wilderness, and the trek over perilous mountain ranges, they stood exhilarated by the sight of the Pacific Ocean. At that moment they were oblivious to their past hardships. They had succeeded; they were triumphant.

More than 4 errors? PLEASE SEE BELOW

Begin with Level 4 Curriculum. Your student is reading at a Grade 7 Level or below.

Try Before you Buy!

We recommend creating an account at the Maloney Method. It is easy and gives you access to the following with no further obligations.

You can find a full listing of Products by clicking the Product link on the main menu or click Here. 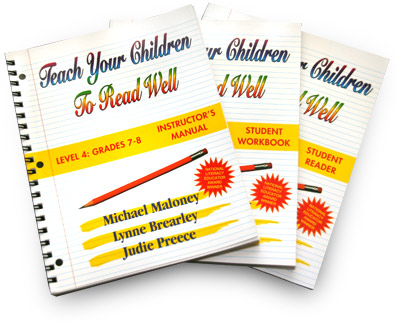