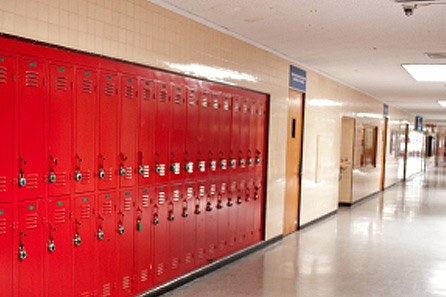 Helping Our Schools by Increasing Literacy – Triggering an Epidemic – Part 8

In most organizations, a minority of members does the majority of the work. It is sometimes referred to as the 80/20 Rule in which 80% of the work is completed by 20% of the membership. This is another version of the Law of the Few that Gladwell speaks of. – a few special people producing a huge result.For the epidemic to develop and maintain itself, it has to have Gladwell’s  high “stickiness” factor. It depends on the tutor having an on-going relationship with the student or at least with the student’s caregivers to make sure that the student attends in order to be tutored and is supervised in their assignments.

In our Rotary “Each One – Teach One” literacy program, the family already has a personal connection to their local YMCA or to their church, probably more so than to their local school in most cases. Centers which have these kinds of connections are more likely to have the necessary stickiness factor to survive and expand. So what sources provide us with such personal connections?  Obviously church groups and local YMCA’s as seen in our project.

There are almost more than 70,000 churches in North America and more than 1,100 YMCA’s, but also there are other groups who could be involved. There are;

Using the 80/20 Rule, the 620,000 prospects would yield 124,000 groups of potential volunteers. If each group tutored 10 students per year, the epidemic would affect 1.2 million of the 15.5 million illiterate students in Grades K-12 in the first year. Given the geometric nature of the epidemic, that would increase to 2.4 million in the second year 2.4 and 4.8 million in Year 3. By the end of the fourth year, 17.6 million children would have improved their reading skills by at least one year. Such a result would all but eradicate illiteracy in North America.

The campaign would not be based on a massive, costly ad campaign, but simply by word of mouth where one person adds a tutor and that person does the same. As a result, the epidemic breaks out in many forms in many places quickly.

So what do you bring to the table?

Are you interested enough to learn how to teach one child how to read?

Are you a connector who could pull a small group together and teach 5-10 children at your local, school, church, YMCA or other community center?

Are you a maven who would learn all about the program and its projects and make that information available to others.

Are you a salesman that can convince someone to save this child’s academic career by committing to 40 hours of giving back?

Or are you one of the 80% who refuses to get involved, is dissatisfied with what is happening in our schools, but not sufficiently so to do anything about it?

It’s all about choices and the results that flow from them, so choose.

Listen to this first https://www.maloneymethod.com/wp-content/uploads/2012/07/Book-Bits-Interview.mp3  Copy the link into your browser. It’s a 5 minute audio interview.