A Lesson on Ignoring – Mice, Snakes and Hay Loaders

On our small family farm, when I was near my teen years, all of the heavy work was done by our team of horses. When the hay was ready, it was cut in swaths by a hay mower with a six foot blade that was pulled by Darkie and Joan, our Percheron team. Left to dry in the sun for two to three days, the swaths of hay were then raked into windrows that went the entire length of the field. The hay rake was again pulled by our horse team. A few days later, the team would be hooked to the hay wagon along with a hay loader and would collect the hay. The hay loader had slats with long prongs that grabbed the hay and pulled it up a ramp and dumped it over the back of the wagon. My dad would have me drive the team over top of the windrows while he built the load as the hay tumbled at his feet. Once the hay wagon was loaded, the hay loader was unhooked and the load was taken to the barn to be lifted into the mows.

The first day that I was driving the team, I felt something brush my leg. I looked down to see a large black bull snake crawling to the edge of the wagon. I’m fairly certain that my heart went into defribulation. I never actually heard my own scream, but the horses did which caused them to bolt. I hauled back on the reins and got them under control.

Dad looked at me. “Don’t worry”, he said, “They won’t hurt you. They’re just trying to get off of the wagon.” While the horses were stopped he explained, “The hay attracts the mice; the mice attract the snakes, skunks and foxes. You won’t see any skunks or foxes because they hunt at night. The snakes hunt all the time so they are in the hay. They get caught up by the loader and dumped at your feet. Just ignore them.”

Over the month of the haying season, I gradually learned not to startle when some snake crossed my running shoe. The next year, we got a hay baler and the hay loader was relegated to the machine shed but not before I learned a great deal about ignoring certain behaviors of some species. Later, as a special education teacher, I found that it worked well with certain mildly inappropriate behaviours of students seeking attention. For the record, waitresses are the best at ignoring.

When you can, be sure to ignore the snakes. They might be just trying to get out of the way. Reward the good behaviour. 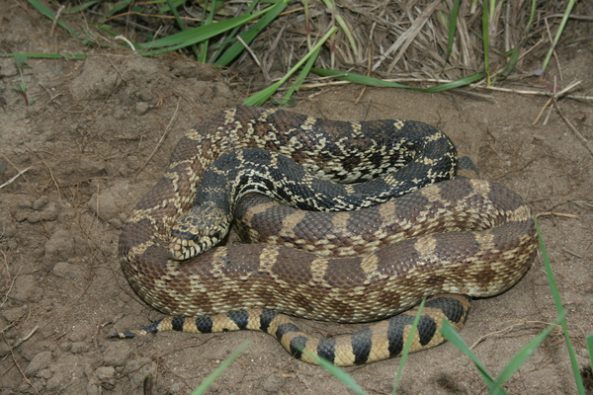