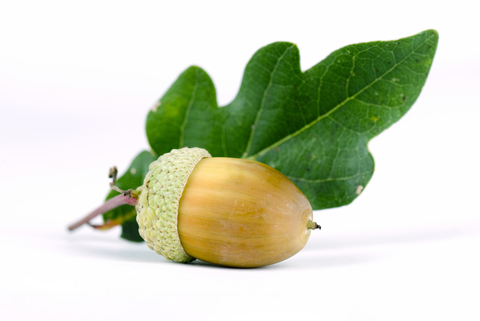 Serendipity can be a wonderful thing. Serendipity happened one September afternoon in 1975 in a meet and greet for new hires at the local Board of Education in Belleville, Ontario, Canada.

Two behavioural psychologists, newly hired by the Board introduced themselves to one another. One, Eric Christian Haughton, formerly of York University, was one of the first two doctoral graduates of Ogden R. Lindsley of Kansas University, the creator of Precision Teaching. The other, Michael Maloney, formerly at Loyalist College, had just been trained as a Direct Instruction trainer at Engelmann-Becker Corp in Eugene, Oregon.

Serendipity led to synthesis. Direct Instruction and Precision Teaching joined hands in special education classrooms across the school district. The acorn was planted.

Over the next 3 years, the results surpassed all expectations, but when two forceful superintendents left, despite its success, the program was discontinued because of “budget cuts”. Eric and Michael became unemployed.

But the acorn had taken root. Michael started Quinte Learning Centre, named after the geographic region in Eastern Ontario; a sure sign of a world vision. Quinte Learning Centre was the first for-profit, behaviourally – based, learning centre anywhere that we know of. Eric returned to college teaching and to mentoring Michael.

Within a year and a half, the learning centre had morphed into a school. Other behaviourists came to visit. Some, like Kent Johnson, wanted similar centres, so he went back to Seattle and founded Morningside Academy. With Michael’s guidance others followed. Ian and Aileen Spence founded Ben Bronz Academy in West Hartford CT. Richard McManus started the Fluency Factory in Boston, MA. When Eric passed away from cancer, Elizabeth Haughton moved to Napa, California and started the Haughton Learning Center. Anne Desjardins, Michael’s original hire and research co-author, started the Cache Valley Learning Center in Logan UT. Most learning centers became schools. And the word continued to spread.

The acorn became a sapling and began to grow branches. The combination of behavior analysis, Direct Instruction and Precision Teaching is now becoming the accepted model for working with children at risk. It has been used effectively with children on the autism spectrum, foster children with academic needs, illiterate injured workers, workfare recipients, and children with a variety of diagnoses. And it all started with a handshake at a meet and greet in Belleville.

One acorn started it all. Now we have a forest of oaks and still a long way to go. When Michael Maloney founded Quinte Learning Centre in Belleville, Ontario with one small classroom, one desk, one blackboard, and a single student in 1978, he had no grand vision of the future. Instead, he had a new relationship, including two young children, a dog, a cat, a mortgage and no job.

Fortunately, he also had faith in his experience of seeing struggling students blossom into classroom stars using the methods he had gleaned from his mentors and used in special education classrooms in his local school district.

1. The three major methods all came from the behavioural community. Classroom management strategies were derived from the work of B.F. Skinner and his students and colleagues from Harvard. This method showed teachers how to get kids in their seats ready to learn.

2. The second method, Direct Instruction, came from Zig Engelmann, Wes Becker and their associates at University of Oregon. It demonstrated a method that provided consistently successful instruction in reading, writing, spelling and math.

3. The third method, Precision Teaching, which measures student progress in a minute or less, came from the work of Ogden R. Lindsley and his colleagues at Kansas University. Being fortunate enough to have these three creators and their students as his mentors was really all that Michael needed to build a successful tutoring company.

In a small town, like Belleville Ontario, word of mouth travels quickly, so that within 18 months, Michael added a full service school to his learning centre. Community support continued in abundance. The Chairman of the district school board pulled his son out of a district public school and placed him with Michael.

For the next 38 years, Michael, his teachers and the ever growing group of colleagues created learning centres and schools in an attempt to increase the impact of the combined methods and to help many thousands of children. Michael, Anne Desjardins and Pam Broad, the original QLC teachers, published the seminal research article on the effects of the amalgam on special needs students in the Journal of Precision Teaching in a paper called “Teach Your Children Well” which will be reviewed in future posts.