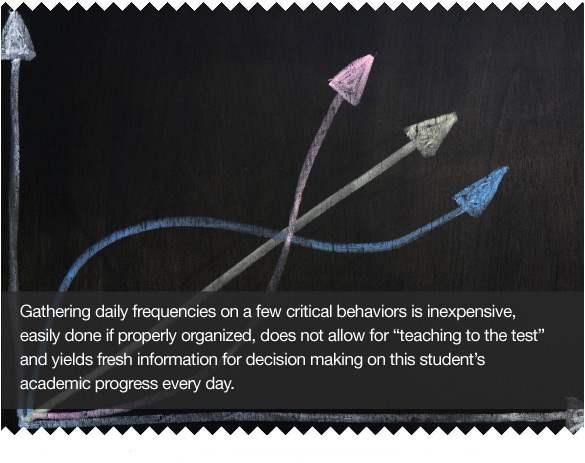 Ever since Sir Francis Galton developed the concept of the “normal curve”, a continuing academic debate has raged regarding its characteristics, and its application. The emergence and dominance of the entire field of statistics on social science research has determined how experimentation is designed, analyzed and reported. It also underlies how academic and other tests are created, are modified to suit the normal curve, and how results are reported and interpreted.

When applied to measuring the effectiveness of education systems involving standardized testing, the measures become combined across students and curricula to yield some indirect measure of their performance. It is then used to determine how those performances stack up against that of other students, grades, schools, districts, states and countries. The results of these annual academic snapshots often drive the policies and practices that are mandated for schools, teachers and kids by policymakers at a variety of levels. While the standardized testing indirectly points out deficiencies, it offers no suggestions for remediation. It is incredibly expensive, very time-consuming and prone to cheating in a variety of forms including outright assistance to the student during the testing. The latest scandal in Atlanta depicts the issue of cheating on a district scale.

There has been a simpler alternative created and demonstrated as an effective alternative by the late Ogden R. Lindsley and his colleagues using frequency as the basic datum.

How does that apply for example to learning how well a child is learning to read?

Gathering daily frequencies on a few critical behaviors is inexpensive, easily done if properly organized, does not allow for “teaching to the test” and yields fresh information for decision making on this student’s academic progress every day. Frequencies and standards are easily understood by students, teachers and parents and provide a simple, direct measure of a specific skill and how well and quickly it is being learned.