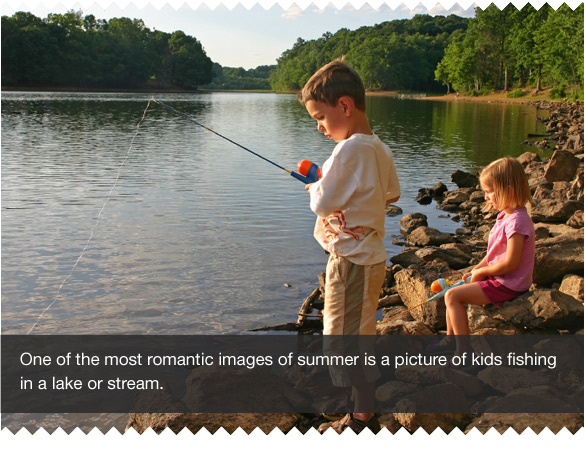 One of the most romantic images of summer is a picture of kids fishing in a lake or stream. I swear that every photo I have ever seen of kids fishing must have been staged or doctored because that’s not what I remember happening. Mostly I remember

So much for the iconic image of a child’s summer.

Maybe you do get a smidge wiser as you get older. When the grandchildren decided that they wanted to go fishing I devised a different plan. Here’ what happened.

More like the idyllic picture of a child’s summer that I will now remember.