Why Our Schools Are Failing: Part 1 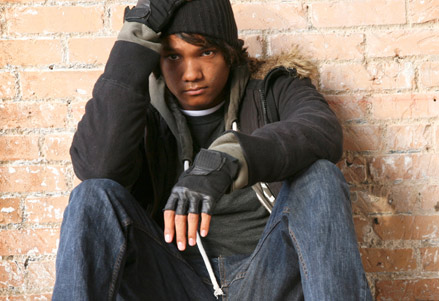 Our schools are failing, damaging our ability to compete, capping our creative potential, costing trillions of dollars in lost production and threatening our future as a first world economy.

Do you want to know Why?

Having been involved in education for a half of a century, I am intrigued as to why it remains so intractable to change when it is obvious to everyone that it is failing generation after generation of students. It’s a complex issue with several major facets. I would like to share my views of both the problems and the solutions that currently face public education in North America. To do so, I intend to write several blogs to highlight what I see as the major problems and solutions. Wherever I can, I will relate personal experiences as examples of both problems and solutions.

The first question to be is answered about whether or not the claim is actually true. Are our schools worse now than they were in the past? My answer is no, they are not.  That is only true because our public schools have never been very successful, except perhaps as small town community centers before they were amalgamated into ponderous and unworkable districts. Our school systems can only be deemed successful when compared against historical trends or third world countries.

Universal Education or Maybe Not

Our schools are more obsolete than non-productive. If you look back over the history of public schooling, it is pretty clear that schools were never really universal. Not every child was afforded the opportunity to attend. Students with obvious special needs were not accepted. There were no special needs programs. There were no buses, so if you lived too far away from your local school you either went sporadically or in some cases, not at all. Or as the old story goes, you walked uphill five miles each way every day through waist deep snowdrifts like your father had before you.

If you could not keep up academically with your classmates, you failed. You either repeated the grade or you dropped out. Secondary schooling was not a given. Lots of our grandfathers and even some of our aging fathers considered that school ended with matriculation from the eighth grade. After that, you went out and found a job. Literacy rates, as one measure of school effectiveness, were only slightly higher than they are presently as evidenced from the testing of soldiers entering the forces to serve in the First Great War.

Our schools are like old generals, well prepared to fight the last war, but totally unskilled to fight the next one. They missed lunch, so they became lunch; not so much themselves personally as generals, but certainly the young men and later, the young women, they deployed into battle. A quick look at the casualty lists from places like the Somme, Gallipoli, Iwo Jima, and Hue are sufficient evidence of the inability to adapt to new weapons and new battle strategies. Our schools are still preparing students for an industrial system while we enter the information era.

Like our armies, our schools were designed for a bygone era, that of the Industrial Age. It was designed to teach masses of students to become industrial workers by learning a few fundamental skills that would have utility on the factory floor. We have moved on. Our schools have not. We all suffer from their inability to plan for and adapt to the changes thrust upon it by a quickly developing world. That’s one of the reasons that a student drops out of high school in the U.S. every 16 seconds. It’s also one of the reasons that 35% of first graders will enter second grade unable to read. Over decades, 25% of the population has passed through school systems across North America and exited as illiterate individuals, sometimes with a secondary school graduation diploma.

Change is now nearly impossible for schools as systems. The layers of burocracy both inside the system, and outside the system in the municipal, state and federal government departments as well as the powerful teacher unions that monitor the well-being of their members renders any transformation largely unthinkable.

On a overall scale, the system is failing because of its hidebound structure and  ham-fisted functioning neither of which is likely to change any day soon,… but that is not the most important reason why our schools are failing. More about that in the second segment.